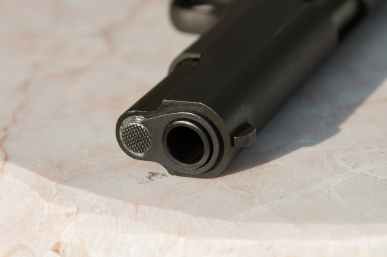 Photo by Somchai Kongkamsri on Pexels.com

Not bothering to knock, using his key Scott let himself into the master bedroom, and approached me again with his phone in hand recording.  Clearly, Scott had carefully planned and orchestrated what he would say next.  Dropping the bombshell Scott said, “I’m afraid of you. I don’t feel safe in our home because you have a gun in your room!”

Stunned, I stopped putting away the laundry, shocked at his comments. Had I heard him correctly? I asked, “What did you say? A gun?”

In my bewilderment, Scott replied, “I know you have a gun in your room, and I’m notifying my attorney immediately.”

After Scott turned around and strutted out of my bedroom, perplexed I searched my bedroom.  Sure enough, in the top drawer of my dresser Scott had planted a BB gun under some clothes.  The same gun we had used to shoot the iguanas to scare them away from relieving themselves in our pool in Puerto Rico!  It was an air pump BB gun, relatively harmless.  But Scott just accused me of having a gun in my room and recorded it, stating he was now afraid of me! Thus admitting at the same time that he had broken into my room earlier and gone through my drawers and clothes.

I contacted my attorney Bob the next day and asked him what to do?  With a chuckle, Bob said, “Carefully place the BB gun in a plastic bag avoiding making fingerprints and hide it somewhere safe.” I was completely dumfounded.  Had Scott really just staged something in an attempt to frame me?! Hell Yes! I didn’t think it was funny.  Not at all.

My intuition was right.  And that was just the beginning.  I had every right to be afraid. 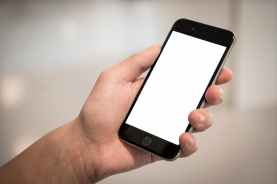 Photo by Terje Sollie on Pexels.com

With his phone out and obviously recording, Scott approached me in our home office and asked, “What do you want?”  Scott then continued on to say for the camera, patting his heart and giving me the sad puppy eyes, “I just want a peaceful, painless, and amicable divorce.” I couldn’t help but laugh.  All his actions leading up to that point were anything but peaceful.

I replied, “If you want our divorce to be amicable, as you’ve so often said, then please respect my boundaries.  Stop breaking into my room, my car, my files.  Our divorce is not going to be amicable until you are amicable.”

“So, you’re saying you are a not going to be amicable?”  With a big grin, Scott then said, “Thank you very much.” He turned, and walked away saying, “Thank You. Thank You,” repeatedly chuckling under his breath walking out the door.

(Over the course of the divorce, Scott would stage more than 30 events in attempt to set me up and/or even going so far as to trying to put me in jail.) 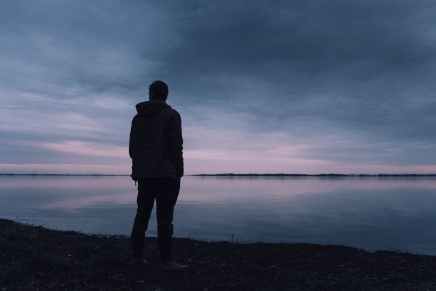 Photo by Lukas Rychvalsky on Pexels.com

I did as much for my father as I could.  I’d found a surgeon who agreed to do surgery in two weeks.  In the meantime, I’d hired a nurse to assist my father daily. The kids were now back in school after the Christmas break and Scott was back at work.  I couldn’t avoid it any longer, it was time to go home.

Scott assured me through texts that he would remove his things from the master bedroom before I returned home. We had agreed with our marriage counselor during our conference call that day I was at the hospital in Florida that he would remain in the home during the divorce (to my chagrin), and that he would reside in the guest bedroom.   I was still very apprehensive if we could both live in the marital home during the divorce.  Scott was still continuing to send me horrible texts messages, claiming what a terrible wife and mother I was.  I’m not sure what he was trying to gain by doing so?  His threats that he would destroy me if I ever left him, still echoed through my mind.  I’d hoped they were just that, threats.  Why would Scott want to destroy me?  I was a faithful, loving and supporting wife.  I gave up my career to support his and gave him three amazing children.

My first night home I was disappointed to find that all of Scott’s crap was still in the master bedroom.  He failed to move his things to the guest bedroom as he had promised. I ventured out of my bedroom to grab a bite to eat.  That’s when Scott asked to speak with me regarding our decision to divorce. Reluctantly I agreed, accepting the fact that I couldn’t put it off any longer.

“Do you still want a divorce?” Scott asked, with tears in his eyes. He stated “I haven’t hired an attorney yet. It’s not too late to change our minds.” He seemed so sincere.

With a lump in my throat, I replied, “Yes, I want a divorce and I’ve started the paperwork.” Scott pleaded that I reconsider our divorce – almost a half-hearted last-ditch effort.  He finally conceded when he saw that I had made up my mind.

Scott then asked “Oh by the way, can I have your attorney’s name and contact information?  Once I hire an attorney of my own we can have them work out the details. No need to bring the children or work into this.”  Thinking nothing of it, I shared my attorney’s contact and firm information with Scott. (Big Mistake.) Relieved to have that conversation done, I headed to bed.

Little did I know that Scott had already found out I was filing for divorce from my friend’s husband, and he had hired a high-priced combative attorney out of Detroit.  Each time Scott’s attorney appeared in court, it cost more than $3,000 just for the drive time, paid with our joint account.  And there were many, many court appearances ahead.

Scott lied.  It was all an act.  Scott hired an attorney previously and tricked me into giving him my attorney’s name and contact information.  With that knowledge, he’d hired her firm for his company. That’s when my attorney called and claimed that, due to a conflict of interests, she could no longer represent me. Catherine pulled my filing for divorce.

I was furious knowing it had to be Scott’s undoing.   It was too much of a coincidence. Catherine had been my attorney on retainer since 2014.  I had signed and submitted my filing for divorce more than a week prior, thinking it was entered into the court system.  To Scott, this was a game he had to win at any cost.  Scott sabotaged my relationship with my attorney and filed himself.  (I was able to verify Scott lied later when reviewing our finances and saw that he had hired and paid his attorney from Detroit 3 days prior.)

Now Scott becomes the Plaintiff, and would proclaim at every opportunity to anyone who would listen that he is divorcing me in the months to follow. It is all about his ego.  The termination of a relationship represents rejection and abandonment; two things the narcissist fears most.  Narcissists have a deep, inner fear of abandonment and will not make it easy for one to have any type of amicable break-up.  They suffer from what Sigmund Freud calls “narcissistic injury.”  Since the day I left on our anniversary and throughout the months to follow Scott would accuse me of abandoning the family over and over.

Over the following year during our divorce, Scott staged more than 30 events changing the course of our divorce through lies and deceit; making me look like I was crazy and/or attempted to put me in jail.  Sabotaging my attorney #1 was just the beginning.  Amicable?  LOL 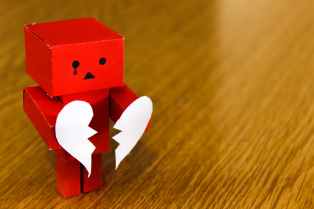 Photo by burak kostak on Pexels.com

I packed my father’s things and brought him home from the hospital today.  I set up interviews and hired a nurse to assist him over the next few weeks with his medications in preparation for his surgery.  There were just too many for him to keep straight.

After dinner my father pulled out one of his yellow legal pads and handed it to me along with a perfectly sharpened No. 2 pencil that he always managed to have around as a retired engineer.  As we sat there together, he asked me to help him write his obituary.  Somehow, it comforted us both.  He had lived a good life—married to the woman he loved for over sixty years.  He and my mother had raised three wonderful children and were surrounded by grandchildren in their later years.  He had run a successful company for years that he later passed down to my brother, Greg.  He had travelled the world, sailed the seas, and still went skiing even into his eighties.  He was truly blessed with a full life and loving relationships.

That’s when I realized I didn’t quit my marriage.  I survived it.  I know deep down I am making the right choice.  It is hard to accept that my marriage had failed.  But I knew Scott wouldn’t be there for me to the end, holding my hand if I ever got ill like my father had for my mother.  Scott isn’t the type to hang in there when times get tough. Scott proved he was nothing like my father; Scott lacked compassion and integrity.  I deserve more.  I deserve better.  Filing divorce papers was like writing my own obituary:  “We had good times, raised three kids, travelled the world, blah, blah, blah…”

During the conference call with our counselor at the hospital I told Scott that I planned on returning home on the 11th and would prefer that he move out.  I wasn’t surprised when Scott refused.  Scott was not willing to look for an apartment claiming that we needed to save money.  Aware of Scott’s abuse over the years, our marriage counselor assisted us with this agreement as we hashed out the details.  Scott asserted with our counselor during that conference call that he will remain in the house, agreeing to sleep in the guest room until the divorce is final. Scott assured us both stating that he wanted the divorce to be an “amicable and peaceful process.” LOL

Having Scott remain in the house was a huge mistake. . .  I had no money of my own, all of our finances were joint.  And for the sake of the children I was forced to stay in the marital home during the divorce process, even when he refused to leave. I had asked for a monthly stipend, that he of course refused.  It wasn’t until later that I learned in order to get a mortgage, you need to show income for at least six months.  By his refusal, he essentially locked me in his invisible prison.

I suffered through stalking, verbal and physical violence, hidden cameras, malevolent financial intrigue, and his flamboyant and unpunished violations of court orders.  I lived in a House of Horrors and was imprisoned in a dungeon built by his malice. Months following resulted in court hearings and appearances for Exclusive Use of the Home, and Personal Protection Orders – all because he wouldn’t leave or let me leave.  For the narcissist, its all about control — and in this case, about revenge.  How dare I abandon him.

I had no privacy, no safe place. He broke into my bedroom, my car, my files, my emails, –  stating it was his house/his property and that he had every right to invade my privacy whenever he felt like it.  On more than thirty occasions, he carefully orchestrated devastating attacks designed to make me look crazy, even staging events trying to put me in jail.  He set out to destroy me, just as he always threatened.  Words cant even begin to describe what I went through that year.  But somehow, I survived and lived to tell the tale. .